Your contributions power our efforts on ground in Afghanistan!

Famidi community members have been changing lives every day of the year for the last 5 years! Thank you!

Food is an essential part of survival and with your support, Famidi aims to provide food supplies to needy families daily.

Fresh water should be available to all humans on the planet. Famidi aims to build wells in areas where there’s no access to fresh water.

You give Emergency Relief

A war torn country is filled with unfortunate and devastating attacks on civilians. Our team on the ground makes sure to provide temporary relief to families who have been affected by these atrocious attacks. 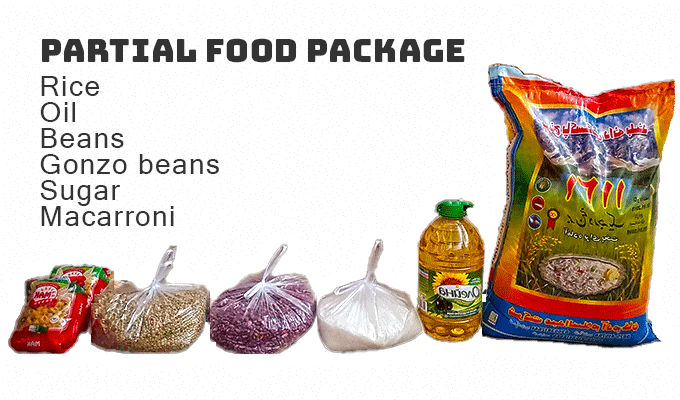 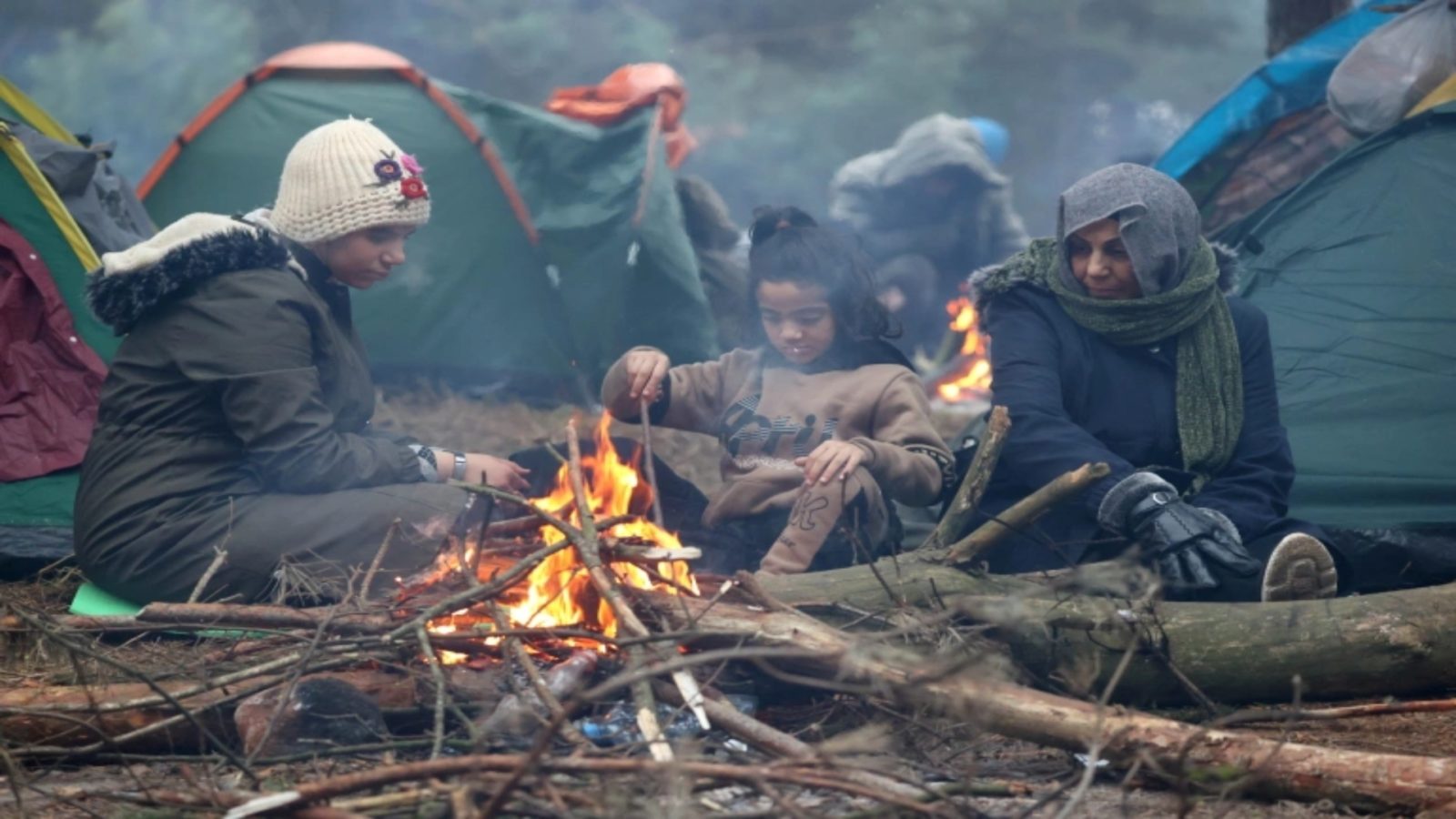 Tap on a province to find out more information.

Sites in need of water

Stay up to date!

The Afghan government has declared a state of emergency in the region and has asked for international assistance. Situations are extremely critical. Human casualties are expected to be severe due to the collapse of hundreds of homes and extensive damage to infrastructure. Death toll is almost at 1000 with 600+ injured and hundreds of people are believed to still be trapped under the rubble of buildings destroyed by the earthquake. Afghanistan is already suffering from an economic crisis and lacks basic needs and medical facilities. In this critical situation, we appeal to the international community and organizations to come forward and help the Afghan people.
-

Thank you all for your wonderful support. This Ramadan has been our most successful food drive!
Through you, over 148 families were relieved. Their prayers during iftar, during Taraweeh, during sehri, and all other prayers echoed your names. It’s such an amazing feeling to be able to say this, to deliver this message to you.
The food drive will be officially closed as of today but your donations that we received on Eid and the last few days will still be delivered with videos to be uploaded soon.

Thank you all so much for making this happen!!

Thank you for your support everyone!!

Afghanistan’s health care system is collapsing under stress. 🇦🇫
------
👉Hospitals and clinics are struggling to hold up amid a cash shortage and a vast surge of malnutrition and disease.

📌Soraya, 2, had arrived 20 days earlier, dangerously underweight and gasping for breath. Her mother, Sara, 17, sat by her child’s bed as the girl’s bony chest heaved up and down.

Children as young as 12 are inside Herat's prison, and many of them tell us they're there for "stealing bicycles" - while children are locked up. Those seen as Taliban critics continue to disappear inside these prisons; there'll be concerns over those holding power in this country.

📌These reports have also brought into focus what appears to be "a pattern of arbitrary arrests and detentions," as well as torture and ill-treatment of civil society activists, journalists, and media workers.
------
👉By failing to hold their forces accountable, current state leaders are sanctioning such human rights violations against women activists and others. Arbitrary arrests and disappearances have become the Taliban’s routine method of responding to criticism.

Still, women have continued to take to the streets in a courageous show of defiance as their rights have been stripped away.

Attending one of these protests, organized by groups like Seekers of Justice, is considered extraordinarily risky, and in most cases, a few dozen women, at most, join in. They are swiftly shut down by the regime, which also detains and beats Afghan journalists who cover the demonstrations to limit the media attention. ✔️
------
Support Afghanistan War Displaced Victims. You have now a new option to support Afghans directly via Instagram.
.
.
#famidi #peaceforafghanistan #supportafghanistan #donateafghanistan #supportwarvictims #afghanistanchildren #saveafghanchildren #afghanrelief #Afghanfamilies #afghanistanacitivist #womenactivist ...

Rana, meanwhile, wants to get back to focusing on her studies, even if she is not sure what the future holds for her and her peers.

👉Many of my female classmates didn't show up (on the first day). But here's to hoping more girls feel safer in the near future to come back to university.
-----
Support Afghanistan War Displaced Victims. You have now a new option to support Afghans directly via Instagram.
.
.
#famidi #supportafghanistan #donateafghanistan #supportwarvictims #supportAfghanchildren #afghancrisis #donationstoafghanistan #humanrights #Afghanschool #Afghanwomen #afghanistanuniversities ...

Only five hospitals in Afghanistan still offer COVID-19 treatment, with 33 others forced to close in recent months over a lack of doctors and medicines and even the inability to access sufficient heating. 🏥
-----
👉The economically devastated nation is experiencing a steep rise in the number of reported COVID-19 cases.

At Kabul's only COVID-19 treatment hospital, staff can only heat the building at night because of lack of fuel, even as winter temperatures drop below freezing.

COVID-19 ward is almost always full as the virus rages. Before late January, the hospital was getting one or two new COVID-19 patients a day. While in the past day, on average, 10 to 12 new patients have been admitted daily.

The situation is worsening day by day, and the health system collapse has only worsened the humanitarian crisis in the country. The Omicron variant is hitting Afghanistan hard.
As of the last confirmed number, the WHO recorded 7,442 deaths and close to 167,000 infections in Afghanistan since the start of the pandemic. In the absence of large-scale testing, these relatively low figures are believed to be a result of extreme under-reporting. 👌
-------
Support Afghanistan War Displaced Victims. You have now a new option to support Afghans directly via Instagram.
.
.
#famidi #peaceforafghanistan #supportafghanistan #donateafghanistan #supportwarvictims #afghanistanchildren #saveafghanchildren #afghanrelief #Afghanfamilies #Afghanistanwinter #afghanistancovid19 ...

✍️Out of all the actions the Biden Administration could have taken on Afghanistan, commandeering the nation’s foreign currency reserves is, to put it mildly, unhelpful.

In an executive order signed, President Joe Biden began the process of releasing the $3.5 billion in Afghan Central Bank funds held in the Federal Reserve. It froze those assets last August when the Taliban seized control of Afghanistan as American and NATO forces withdrew. His plan proposes directing $3.5 billion into a trust fund for humanitarian assistance to Afghanistan while putting the other $3.5 billion aside for families of victims of the Sept. 11, 2001 attacks on the US.

With more than half of the country’s nearly 40 million people facing acute hunger and a million children at risk of dying amid a harsh winter, this action from the US president is making the lives of millions of Afghans even worse. 😖
------
Support Afghanistan War Displaced Victims. You have now a new option to support Afghans directly via Instagram. Please, donate now.
.
.
#famidi #supportafghanistan #donateafghanistan #supportwarvictims #supportAfghanchildren #afghancrisis #donationstoafghanistan #humanrights #Afghanjobs #Afghanwomen #JoeBiden #JoeBidenAfghanistan ...